"Truth Against The World" CS (Remastered by A Better Tomorrow) 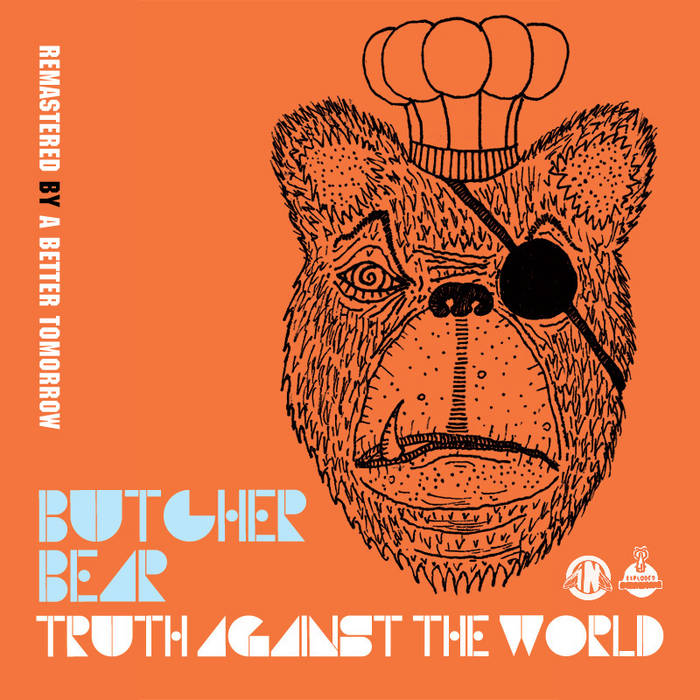 Recently remastered by iNsect Artist, A Better Tomorrow, all four of the first Exploded Drawing CREW LPs, are available here for free.

Cleaned up and EQ'd perfectly to knock in any system, please DL these records for free. All four of these artists, Lo Phi, Butcher Bear, soundfounder and KINDER, will be releasing new albums at the end of 2014 on the (iN).

Thank you for your SUPPORT.

Also Available Digitally via iTunes and all other digital stores

PART IV of IV in the Exploded Drawing LPonCS series

More Information on them at:
www.exploded-drawing.com

Butcher Bear steps out on his debut solo LP on the (iN). This is also the 4th of 5 LPs we are releasing on CS as well as digital for the Exploded Drawing crew (www.exploded-drawing.on com).

Brash noises and slapped drums over the feeling that time has officially ended, put together as a love letter to the underground. Also includes the original mix of "Close Curtains" ft. Guilty Simpson. We put out a Remixes 45 of the same song with Ernest Gonzales, soundfounder, KONE, Fat Albert Einstein and BoomBaptist a couple months back. (IRS-016). Here it gets the dirty drums, filthy keyboard treatment. Also, featuring NickNack (Crowd Control) on the cuts.

You can DL "No Gravestone" at www.soundcloud.com/insectrecords

If you like "Truth Against The World" CS (Remastered by A Better Tomorrow), you may also like: