"This is How the Game gets you Played" 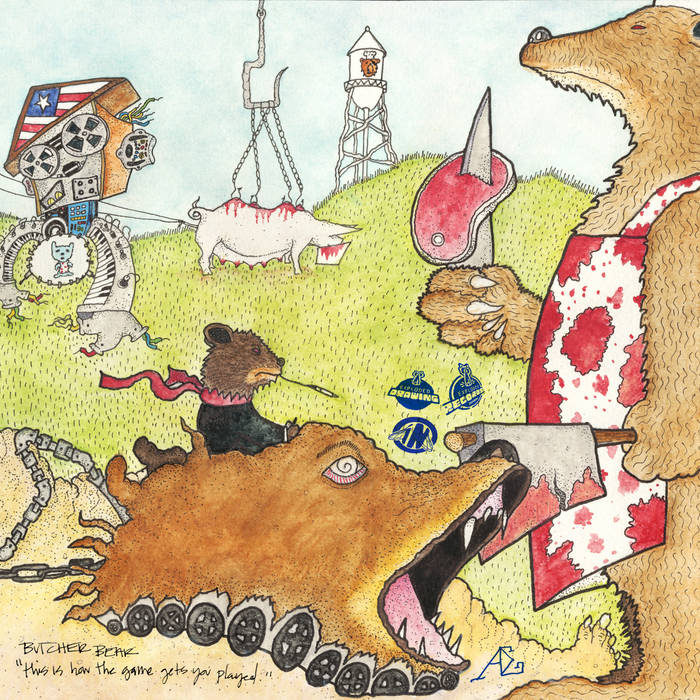 Artist: Butcher Bear
Title: "This is How the Game gets you Played" LPonCS

Butch Webster aka Butcher Bear, was born in Austin, TX at the old Brackenridge hospital that later burned down. He’s one of the co-founders of the producer-based event & crew; Exploded Drawing, he books the club, the North Door and he owns and operates (iN)Sect Records in the capital city of Texas.

For his new LP, Butcher Bear has assembled a massive group of guest features.

He handles vocal duties on a couple songs and got together a live group, (Butcher Bear & the Blades) to record a few of the songs, as well as having produced the entire record, save for one song produced by Big Legs.

Butcher Bear goes from boom-bap hip-hop to new wave to nightmarish house to new territories of sound altogether. His production is steeped in live instrumentation, growing up as a kid playing drums/gtr/keys/anthing around, his bastardized sounds and production weave samples with snatched up sounds.

The MC’s featured on the album are all people he considers family, each adding their own flavors, while the main theme stays in tact.

‘Don’t forget, there’s a drought, be generous with your creativity.’
– Rich Jacobs

The artwork was painted by Aaron Guadamuz, the artist behind the artwork for Quasimoto's first 12", "C'mon Feet" and videos for Jonti and countless work with Bruce Bickford as well as playing guitar in sci-fi, surf, crime outfit Father Howl in San Francisco, Ca.

This painting was made from photos taken in Harveyville, KS at Ron and Nikol's place:
harveyvilleproject.com

Butch lived there in an old high school and that's where his music production was born again. Three short months that changed his life living in an 800 square foot room in the empty elementary building next to a gymnasium in between playing drums with Sean Na Na and singing with Attack Formation.