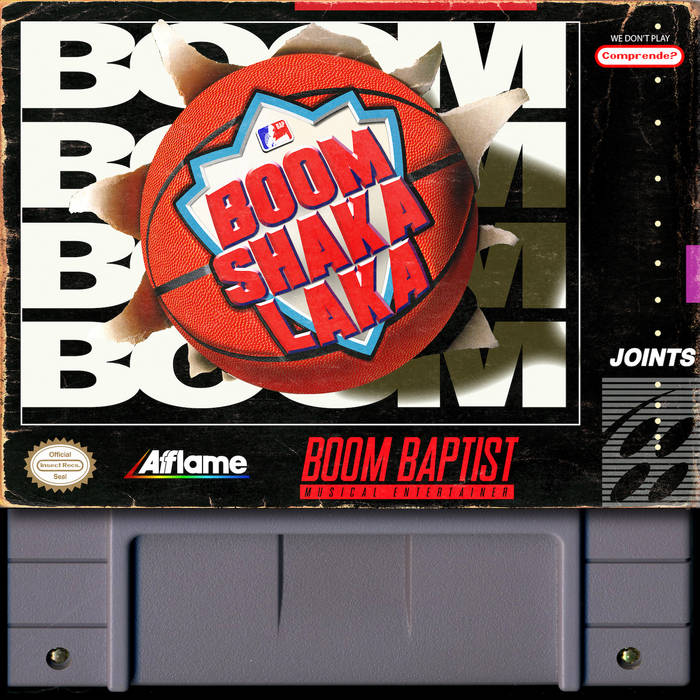 This album consists of 11, sample-heavy tracks produced with rappers in mind, packed with rare moments from the game. Imagine a basketball pressed onto an incredible 12"ˇPicture Disc (Ltd to 200), the vinyl is a sight to behold. Created in tandem with the game, press play before tip-off and the album ends as the final buzzer sounds. This album was created with the intention of evoking vintage, dusty VHS's of highlights and trash talk.

He began producing in 1998, citing DJ Premier, Pete Rock, & RZA as his first motivation to learn the art. Two decades in the game, after countless beat-tapes and collaborations, his debut, solo LP arrives. Before starting this record, he opened a video game arcade that housed many of the games of his youth. Razzle dazzle and high-flying dunks reign supreme with BoomBaptist's love for 90's era basketball and a quick flash of nostalgia that results in "Boom Shakalaka." For fans of the NBA, golden-era hip-hop, Samiyam & Dibia$e.